Constitutional Care and Its Challenges:

The Heart of Practical Homeopathy 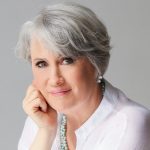 Karen Allen, CCH, brings together decades of clinical experience with an extensive teaching and lecturing career. She began her homeopathic studies at the Pacific Academy of Homeopathy, where she graduated in 1994. She has taught as adjunct faculty at Bastyr University and faculty at the American Medical College of Homeopathy, among others. She has held numerous leadership roles, including as board member and past president of the Council for Homeopathic Certification, education director for Homeopaths Without Borders, and board member for the Integrative Health Policy Consortium as a representative for the National Center for Homeopathy. In addition to her many online curriculum offerings, Karen recently founded Trinity Health Hub, an online platform serving as a community resource connecting practitioners, consumers, clinical resources, and more. 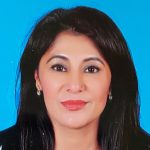 Rupar Iyar, MD (AM), is a homeopath practicing in Los Gatos, California. She first studied counseling psychology, receiving her MA in 2002 and training as a marriage and family therapist. She subsequently received an MD (AM) qualification through the Indian Board of Alternative Medicine as well as diplomas in homeopathy through the Allen College of Homeopathy, the Homeopathic Academy of Southern California and The International Academy of Homeopathy. Additionally, she is a certified nutritionist trained through Cornell University and the American School of Natural Medicine. She is currently enrolled at Functional Medicine University, from where she expects to graduate later this year. 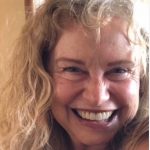 Nancy Herrick, MA, PA, DH (H), attended her first lecture on homeopathy in 1972 after receiving her Master’s degree in psychology and child development. A member of the now historic Bay Area Homeopathic Study Group, she began her career as a homeopath in 1974. In 1980 she attended UC Davis where she earned a physician assistant degree and license. In 1985 she was on the founding committees of the Hahnemann Medical Clinic and The Hahnemann College of Homeopathy. She received a doctorate in homeopathy in 2011 from the American College of Homeopathy. In addition to extensive work as an international lecturer and teacher, she has conducted research on numerous remedies, some of which is included in her books Animal Minds, Human Voices (1998) and Sacred Plants, Human Voices (2003). In 2014, she published Miasms of the New Millennium, (co-authored with Roger Morrison). 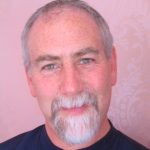 Roger Morrison, MD, graduated from medical school at the University of Tennessee in 1978 and subsequently worked as an emergency room physician. While still in medical training, he attended his first seminar on homeopathy in Athens, Greece. He spent four years learning to speak Greek, returned to Athens for a two-year fellowship and earned a diploma from the Athenian Center for Homeopathic Medicine in 1984. Upon completion of this program, he moved to California to assist in establishing the Hahnemann Medical Clinic and the Hahnemann College of Homeopathy. He has been an educator and leader in homeopathy ever since, lecturing extensively worldwide. He is the author of over 20 journal articles and multiple books, including Desktop Guide (1993), Desktop Companion (1999), Carbon (2006) and Miasms of the New Millennium, co-authored with Nancy Herrick (2014). 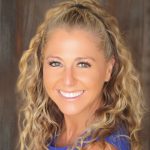 Gabrielle Traub, M.Tech (Hom), CCH, HD (Hon) has been in homeopathic practice for the last 20 years. She has worked in hospitals and rural clinics in South Africa. She worked in an OB/GYN practice for a decade and in an in-patient treatment center for PTSD, addictions, eating disorders and chronic pain. She is the founder of World Homeopathy Awareness week. She has taught homeopathy in England, South Africa, Pakistan, Dubai, Australia and the USA. Her new book, Live Right for Your Remedy Type, is expected to come out this fall.

Tasha Turzo, DO, graduated from Western University of Health Science where she completed an OMM/Anatomy Teaching Fellowship and was awarded the Burroughs Welcome Research Fellowship. She completed her internship at the University of California San Francisco’s affiliate program at Santa Rosa Community Hospital in 1995. She received her certification in homeopathy from Hahnemann College of Homeopathic Medicine in 1999 and continued there as a guest lecturer until 2011. Dr. Turzo has been in private practice since 1995 in Santa Cruz, California, where she practices traditional osteopathy, classical homeopathy, prolotherapy/PRP regenerative medicine and functional medicine. Since 1997, Dr. Turzo has also taught and published in the field of functional dentistry and osteopathy. 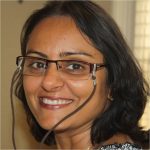 Daxa Vaishnav, MD (Hom), has had extensive experience in managing children’s and women’s health with homeopathy. She is faculty for the practitioner and doctoral programs at the American Medical College of Homeopathy, in addition to having worked as a Grand Rounds teacher at the National College of Naturopathic Medicine and as visiting faculty at the Caduceus Institute of Classical Homeopathy. She served as a professor and head of the OB-GYN department at Smt. CMP Homeopathic Medical College in Mumbai, India, where she taught gynecology and obstetrics therapeutics for 26 years and where she was an Hon. Physician at the teaching hospital attached to the college. She has many publications to her credit as well. 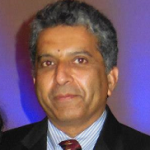 Vijay Vaishnav, MD (Hom), has had extensive experience in leading a private practice for treating allergies, asthma, arthritis, children’s diseases, and kidney and eye diseases with homeopathy. He received his training in internal medicine at KEM hospital in Mumbai, India. He is faculty for the practitioner and doctoral programs at the American Medical College of Homeopathy, in addition to having been a Grand Rounds teacher at the National College of Naturopathic Medicine and a visiting faculty member at the Caduceus Institute of Classical Homeopathy. He was a professor and head of the materia medica department at Smt. C.M.P. Homoeopathic Medical College in Mumbai, where he taught for 25 years and held the role of Hon. Physician at the teaching hospital attached to the college. He has many publications to his credit as well. 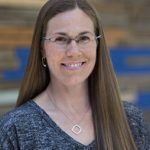 Alexis White, CCH, is a certified classical homeopath with a family practice in San Anselmo, California. Alexis is a graduate of the Berkeley Institute of Homeopathy. She received two years of training at the Pacific Academy of Homeopathy and one year of training at the Luminos School of Homeopathy, in addition to completing an intensive program at The Other Song Academy. Alexis is a frequent guest collaborator and educator at Pediatric Alternatives, a pediatric medical practice in Mill Valley. In addition to having taught at the Berkeley Institute of Homeopathy, Alexis consults for the Council for Homeopathic Certification, and frequently speaks on homeopathy at industry seminars and elementary and middle schools in Marin.

Back to Main Conference Page