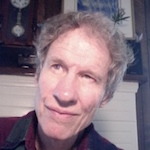 Richard Hiltner has been a Medical Doctor for 48 years specializing in Family Medicine, 42 years in Homeopathic Medicine and 30 years in Traditional Chinese Medicine including Acupuncture. He has been Board Certified in Homeopathic Medicine since 1978 and graduated from the Santa Barbara College of Oriental Medicine in 1988. He had been the President of the California Homeopathic Medical Society [CHMS] for 17 years as well as Editor of its past Journal/Newsletter. He is presently on the Board of Directors of the CHMS. He was the National Vice-President for the United States to the International League [LIGA] of Homeopathic Medical Doctors [LMHI] for 13 years. He was the LIGA Congress President in 2010 when it was in Redondo Beach, CA. He has been the Secretary and Editor of the LMHI NEWS/LIGA LETTER since 2013. He has also received a Diploma from the International Institute of Iridology in 2002. His practice has been in Ojai, Ca for the last 44 years.